Use Data Visibility Groups to control what data can be accessed via our API and to split out your data by groups such as testing and production. An data visibility group consists of API tokens, data sources, and end user groups. Each API token can be configured to have either read-write or read-only permissions to our API.

You might want to create a “Testing” data visibility group for your developers. This group would have one API token with read-write permissions and would be associated with any of the end user groups or data sources that you’ve created for the purposes of testing your dashboards. 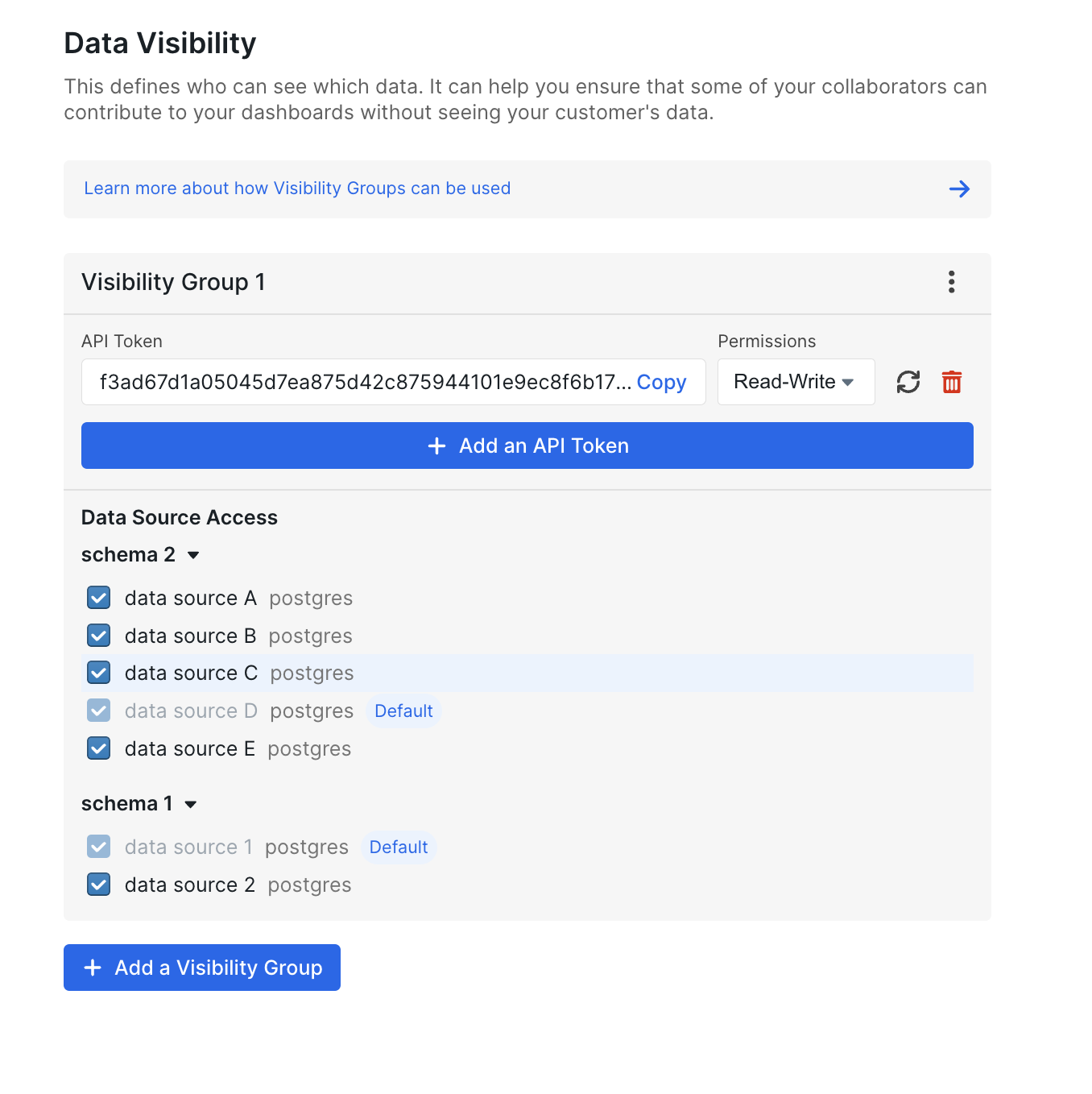 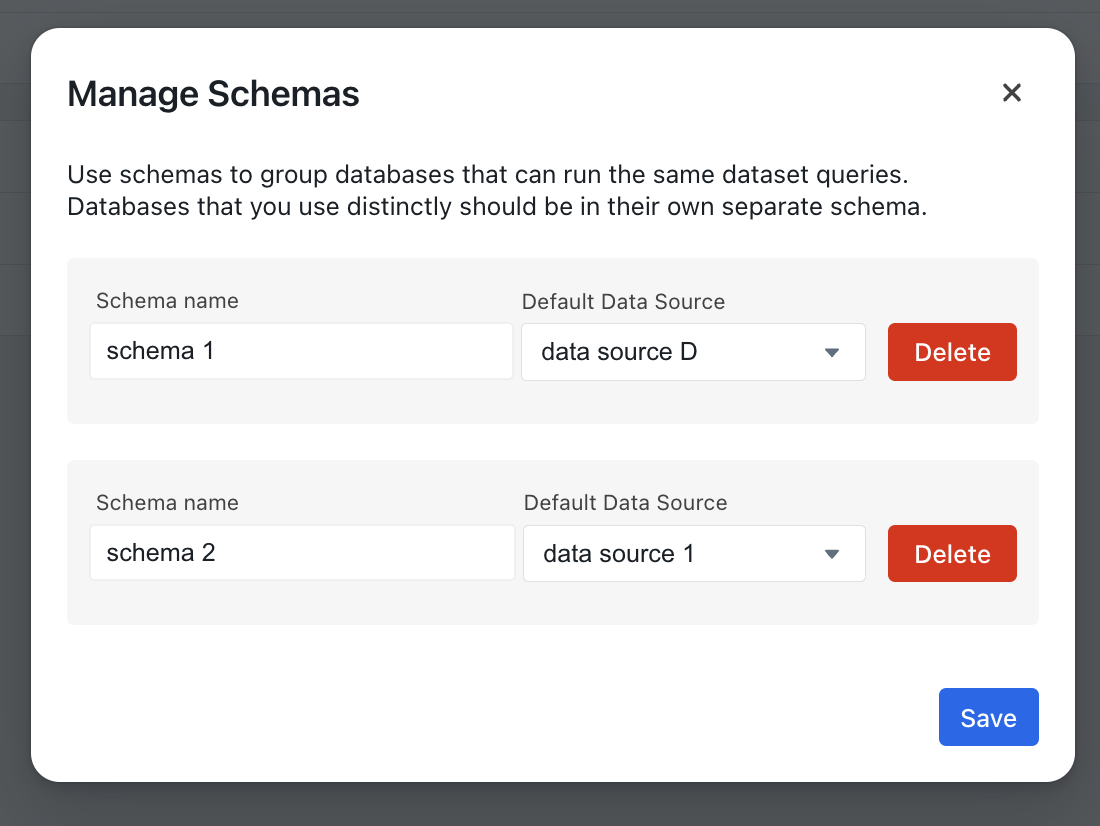 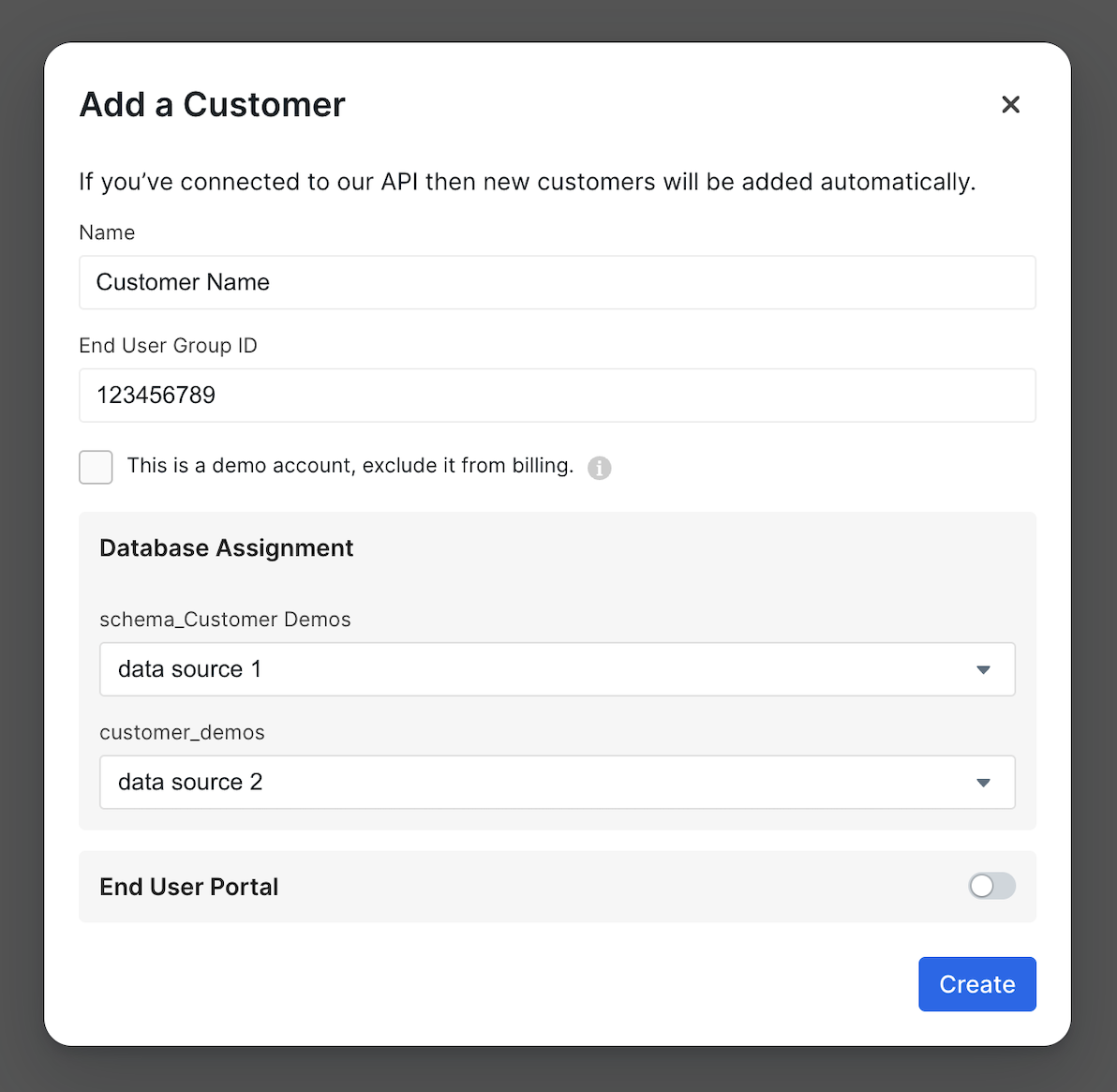